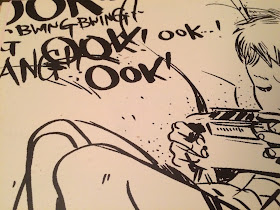 I wrote this to the team at 0 A.D. where I was once the Audio Director (which was quite a lofty title for a then-scrappy loose conglomerate of individuals scattered across the globe). As we head into another year of the Game Developers Conference I thought it would be great to reflect on these words, 10 years later, and try to soak-up any value that might lie within.

I promised a little wrap up so here goes:

Disclaimer: This write up is focused strictly on the experience SURROUNDING the actual tutorials, sessions, and lectures. What follows in the seedy underbelly of the conference, and should be seen as a secondary focus, apart from the hard skills and learning from industry professionals.

Looking back on the week that was GDC 2006

Most of you know I headed out to GDC, Demo Reel in hand ready to take on the world with experience gained here, and through other contract work I’ve accumulated over the past year. While I don’t regret the singularity with which I headed out west, I feel that in hindsight I might now be able to offer a better perspective on what the convention is all about, and how one might prepare for it. Truth be told, nothing can truly prepare you for your first time, but I’ll throw out some observations that might help fill in the picture of what is to be gained. (Or at least what made it through my filter) 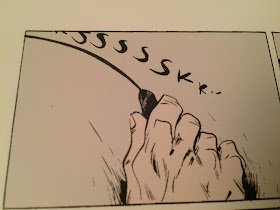 GDC is all about levels:


Are you the next Eisner Award winning artist? The next Marty O’Donnel Halo 2 scoring master chief musician? The next Sid Mier waiting to happen?

Understanding all this and more can be yours at the largest conglomeration of be’s and wannabe’s in the industry. Being immersed in the culture is a fantastic way to see the levels of skill, dedication, and talent stacked up against you in the industry. The people working and who want to be working are on display and only a handshake away. Most are hungry to be either recognized or validated for their hard work, and taking the time to get to know some of them is what it’s all about.

I remember you from last year, and other stories I overheard:

It became swiftly apparent that I was playing at an insider’s game. Most of the heavy hitters in my industry were well connected, they knew people who knew people…and most importantly had been coming to GDC for YEARS! For some it was reconnecting with people that they met/saw last year at GDC, or maybe worked with or corresponded with last year. This recognition and continuation is an immediate induction into the “I’m for Real” Club, and that MATTERS.

Anyone can go to GDC and be surrounded by prophetic greatness flowing in the lecture halls, that's the beauty of it. But not everyone KEEPS coming back year after year to re-educate, see friends/clients, and keep up good contacts.

You can’t shut it off, but please put it away:

If I were to tell you that GDC is not all about networking, it’s all about “Relationship Building”, you’d tie me up in a burlap sack and flog my with pink bunny rabbits. But the truth of the matter is, while I did a fair amount of networking…by the time Thursday night hit there was a vibe in the air and it was apparent that no one really wanted to talk shop anymore. Sure there was the formality of introductions, but if you didn’t move on to entertaining subjects pretty quickly, eyes started wandering and drinks were quickly emptied in an attempt to dash to the bar for a refill. Some of the best experiences were ones spent unraveling the hours in inebriated conversation, people want to know that you can get down and cut loose as a human being. (not that drunken cavorting is a necessity, but there is a certain ilk with which it holds much water)


Never underestimate the failure of memory:

You’re going to meet a lot of people. Without going into too much of a personal diatribe on the benefits of taking notes, let me direct you to Darius’ GDC Networking plan. This guy’s got it sussed out, he’s done all the hard thinking for years so that you don’t have to. Read his stuff and benefit from his wisdom.

I came back with 54 business cards and notes on 52 of the conversations. What can I say about the 2 I missed? “Hi, we met and talked…nice knowing ya!” Now that’s not to say I didn’t leave a potentially deep impression on those 2 (I was sporting a potentially brain damaging beard at the time), but I also didn’t get the chance to reconnect with them first after the conference. My bad. (I still think I did pretty good my first time out.)


What is this all towards and for?

We all want to do work that satisfies us and fulfills our creative desires. Screw the fuzzy talk, WE WANT JOBS! Anyone will tell you there’s no one way to that goal, and from the stories I’ve heard it can be nothing but true. No one knows when their first job in the industry is going to come. Some try to secure their placement through school, some bury their noses in books and code, while others take the straight path in the back door through friends, relatives, or “relationships”. Whichever way or ways you choose, you can always increase the odds by being a person that people can easily work with and by that I mean COMMUNICATE with. 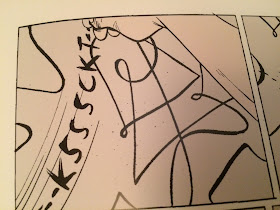 Addendum to these insights 2016:

There's no hurry, you're at the start of your career and there is time. The pressure of getting a job, paying the bills, and getting started are real...but try to keep in mind that the people you meet your first year at GDC will continue to be around for MANY years to come. This will be my 10th year, I can say without a doubt you will be crossing paths with folks you meet for years to come. I remember myself way-back-when; eager to find a foothold, looking for the spark that would light-up the runway to my future. It absolutely happened thanks to someone I met that very first year (thanks Jory!), 10 years later I wish I could have been as confident that it would (eventually) work out. As one of my oldest friends in game audio told me that year when we met each other in-person for the first time at that GDC...BE EASY! You don't have to drink alcohol, you don't need to stay up all night (although, for the sake of maximizing time you may choose to). Make sure your time spent with other folks is worthwhile, in whatever way speaks to you personally. People will grasp the depth of your character through your actions and expression. Be yourself! Also, be sure to dig the GDC Code of Conduct and create space for everyone as part of the conversation.

By the time I had saddled up and rode my horse into San Jose for my first GDC I had been reading between the lines of articles and documentation on the internet for years trying to put together how game audio technology actually worked. In the process I came across games I wish I had done sound for, and people I wish I could work with. Dreams for another day, maybe (...but sometimes dreams do come true!). In order to maximize my time I put together a list of folks whose names turned up time-and-again in my online browsing history. These were folks I would love to meet, given a chance, and possibly discuss the work they had been doing in game audio.


I made a list, I cropped in photos, and I carried it with me around the conference halls and after-parties:

Unsurprisingly a large number of these folks are still around, in my life, and were absolutely fundamental in my growth in the industry and as a person. I still remember asking Peter McConnell about iMuse, sitting cross-legged with The Fat Man and soaking-up knowledge from the man on a silver mountain, and a late-night walk with Karen Collins through a deserted San Jose. I equally remember meeting several other audio folks at the beginning of their careers who would go-on to create some amazing sound for games: Mick Gordon, Mark Kilborn, Will Roget, Sean Beeson, DB Cooper, Mike "Skitch" Schiciano. Shared history is something I value greatly, I'm glad to have shared time with folks and really enjoy watching people wend their way throughout the industry. 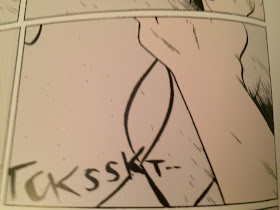 Here are some smart and succinct suggestions from other folks: